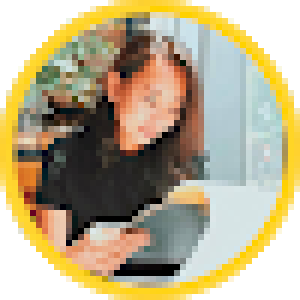 Singapore office workers are the least productive in the world

Unit4, world leader in enterprise systems for service organizations, announces the findings of an independent study on global productivity which found that office workers in Singapore are the least productive in terms of time spent on their primary job function.

According to the study, Singapore workers spend only 60 percent (vs. global average of 72 percent) of their time on primary tasks and roughly 380 hours a year (equivalent to 47.5 work days or one-fifth of the working year) completing administrative or repetitive tasks. On average, respondents aged 41 and above estimate they spend significantly more time on their primary duties compared to those aged 26-30.

The Global Productivity Study was an online survey commissioned by Unit4 and conducted by DJS Research in April / May 2017 with 1,505 office-based employees working in the service industry in 11 countries, including Singapore.

How Singaporeans spend time at work

Singapore office workers identified the amount of time they spend on specific daily administrative tasks that prevent them from focusing on their primary duties, which include:

“Left unchanged, this productivity issue could be crippling for business, particularly services organisations who rely on the strengths and output of their people.”  said Stephan Sieber, CEO of Unit4.

The study showed that the cost to the service industry in lost productivity due to excessive administration is more than US$2.87 trillion annually[1] (S$6.95 trillion) across the 11 countries combined, including US$26.3 billion (S$36.5 billion) in Singapore.

When asked if they would trust technology – such as a digital / virtual assistant or software application – to manage repetitive tasks, a majority of Singaporean office workers (83 percent) said they would. 72% felt they would see improved productivity, and 69% felt it would improve their happiness. They are also confident that this technology will be available soon, particularly younger workers (even within a year). Importantly, in Singapore, 78% of workers agree that technology to aid administration is important for their company to remain competitive.

“The shifting of roles and responsibilities that come from technological advancements will see more people spending their time on value-added services to help a business grow.  We believe that the future of work will be supported by the best technology, enabling the best people to deliver more value to their customers than their competitors,” said Sieber.

About The Global Productivity Study

Unit4 commissioned DJS Research to understand the amount of time office workers spend on a range of administrative or repetitive tasks, and their views on how adopting technology could help them be more productive. The overarching research objective of this study is to gain an understanding of how much time office workers spend carrying out administrative tasks and the impact automation of these might have.

Start with a Virtual Assistant for just $299/mo.

Email Us
Call Us
Whatsapp Us

Copyright © 2020 by Kuubiik. All rights reserved. Creatives © by Freepik and Envato Elements